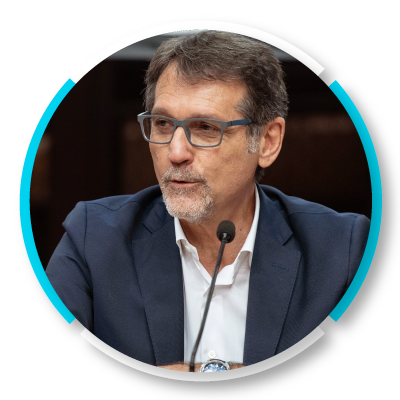 Virginio Merola graduated from the University of Bologna majoring in Philosophy.

In 1989 he was appointed regional secretary of the Local Governments’ League, the Italian association of Municipalities, Provinces and Regions.

His political commitment in the city government started in 1995, when he was elected President of the Savena District of Bologna for two subsequent terms.

In June 2004 he was elected member of Bologna City Council and soon afterwards he was appointed Deputy Mayor in charge of Urban Planning and Housing.

From July 2009 until February 2011 Virginio Merola was President of the Provincial Council of Bologna and in May 2011, having run as the candidate of the Italian Democratic Party, he was elected Mayor of Bologna, with more than 50% of votes at the first ballot.

Since January 2015 he is also Mayor of Bologna Metropolitan City.

In June 2016 he was re-elected Mayor of Bologna for a second 5-year mandate.