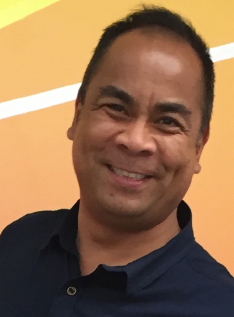 Romel has been a key figure at CicLAvia from the start. As Deputy Mayor for Energy and Environment during the administration of former Los Angeles Mayor Antonio Villaraigosa, his leadership at the city helped the organization and the event gain traction within the city in CicLAvia’s fledgling years. Romel successfully merged the mayor’s vision and CicLAvia’s mission to help create what is now a city institution that transforms communities throughout the region.

Prior to being named executive director in 2015, Romel served on the CicLAvia board and was actively involved in the expansion of the organization.

Romel has a masters degree in urban planning and has a long history championing environmental, energy, sustainability and social justice issues in both the non-profit and the public sector. He was the first Assistant Secretary of Environmental Justice under former California Governor Gray Davis. He led the environmental justice program at the U.S. Environmental Protection Agency Region 9 – Western U.S., Hawaii and the Pacific Territories.