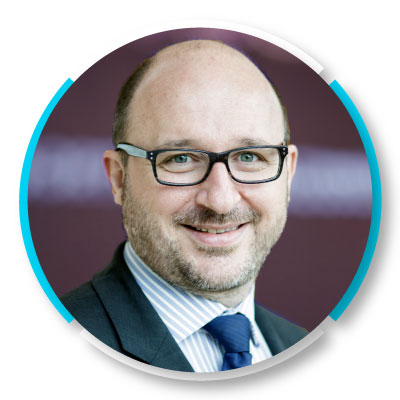 Pierre Gosset is the Chief Technical Officer of SYSTRA Group. He is a member of Systra’s Executive Committee. As part of his responsibilities, he oversees the Innovation and Digital development of SYSTRA Group in the new mobility field. Pierre has more than 20 years experience in the Railway business. He started his career as a Signalling engineer in RATP in Paris. He then moved to Alstom Transport where he spent 16 years and had various positions in projects, commercial, Product Management and transversal fields. He headed Alstom Transport Engineering department from 2012 to 2014 as Vice-President.

He has then been nominated Systra Group Chief Technical Officer early 2015. Pierre Gosset has a wealth of experience in railway and mass-transit projects covering Signalling, E&M, Infrastructures and Rolling Stocks. He had the opportunity to work in various context and has got a multi-cultural international background.