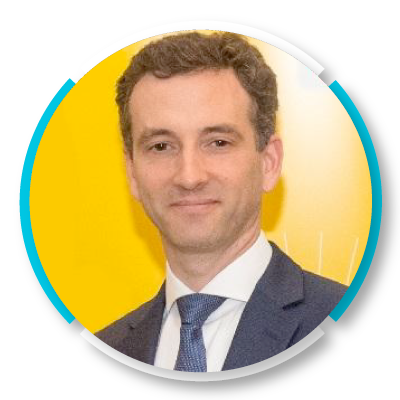 Oliver Bishop is the General Manager for Shell’s global activities in hydrogen. His team runs Shell’s hydrogen stations in Germany, UK, the Netherlands and North America, and he is also responsible for product development as well as research and development.

He is responsible for Shell’s participation in the H2 Mobility Germany 400 Hydrogen station joint venture which was launched in 2015 and is now rolling out stations across Germany.  In California, Shell won funding to build 7 stations and more recently to build 3 hydrogen heavy duty truck refuelling stations in the Ports of Long Beach and Los Angeles. More recently, his team won funding to build a bus refuelling station in Groningen, the Netherlands. Besides his hydrogen activities, Mr Bishop is a Director of several Royal Dutch Shell companies.

During his 21-year career at Shell, Mr Bishop was General Manager for Shell’s trading business in Switzerland, held a post as M&A Manager in Shell’s Mergers & Acquisitions team, and has had previous roles in Fuels Retailing, Finance, Strategy and Consulting.

He holds a degree in electronics engineering and is based in Switzerland with his wife and two children. He holds dual Swiss and British citizenship.