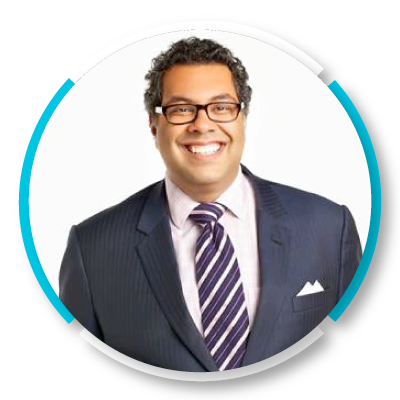 Prior to being elected, Mayor Nenshi was with McKinsey and Company, later forming his own business to help public, private and non-profit organizations grow. He designed policy for the Government of Alberta, helped create a Canadian strategy for The Gap, Banana Republic and Old Navy, and worked with the United Nations to determine how business can help the poorest people on the planet. He then entered academia, where he was Canada’s first tenured professor in the field of nonprofit management, at Mount Royal University’s Bissett School of Business.

For his work, Mayor Nenshi was named a Young Global Leader of the World Economic Forum, was awarded the President’s Award from the Canadian Institute of Planners, and received the Humanitarian Award from the Canadian Psychological Association for his contributions to community mental health. In 2013, after his stewardship of the community during devastating flooding, Maclean’s magazine called him the second-most influential person in Canada, after the Prime Minister. He was also awarded the 2014 World Mayor Prize by the UK-based City Mayor’s Foundation as the best mayor in the world.

In 2014, he was also honoured by Elder Pete Standing Alone with the Blackfoot name A’paistootsiipsii, which means “Clan Leader” or “He who moves camp and the others follow”. In 2016, Elder Bruce Starlight of the Tsuu T’ina First Nation honoured him with the name Iitiya: “Always Ready”.

Mayor Nenshi holds a Bachelor of Commerce (with distinction) from the University of Calgary, where he was President of the Students’ Union, and a Master in Public Policy from the John F. Kennedy School of Government at Harvard University, where he studied as a Kennedy Fellow.