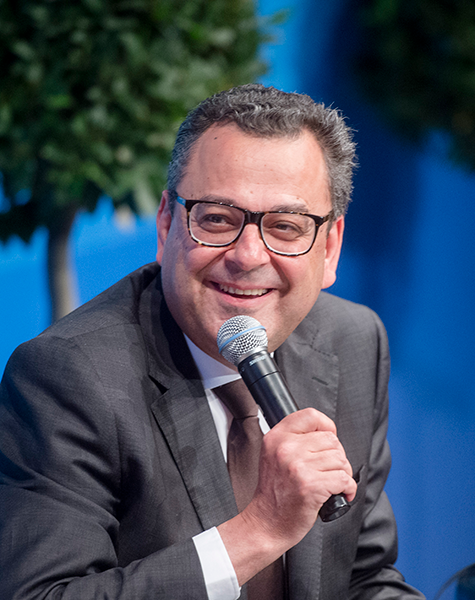 Mohamed Mezghani has been serving as Secretary General for the International Association of Public Transport (UITP) since January 2018, and has worked in public transport and urban mobility related fields for the last 25 years.

He was UITP’s Senior Manager from 1999 to 2001 and Knowledge Director from 2001 to 2006, chairing the department developing knowledge-related services for UITP members. From 2006 till 2013, he worked as an independent consultant and adviser to UITP on several technical assistance and training projects in Africa and the Middle East and managed a number of projects involving numerous experts and multidisciplinary teams.

Before joining UITP, M. Mezghani worked as a consultant for the French group  BCEOM from 1990 to 1999. He has managed and carried out projects including policy definition, technical assistance and research activities in several countries in Europe, sub-Saharan Africa and Arab countries. During his collaboration with the French Agency for Environment and Energy Management, ADEME, from 1988-1990, M. Mezghani carried out actions aimed at identifying and evaluating transport energy efficiency projects likely to be financed by the Agency in France.