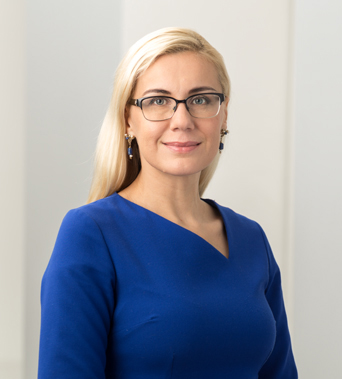 Kadri Simson is the Minister of Economic Affairs and Infrastructure of the Republic of Estonia from 23 November 2016. She is a member of the Estonian Centre Party.

From 1998–1999, Kadri Simson served as the Consultant of the European Documentation Centre of the University of Tartu.

Born on 22 January 1977 in Tartu, Kadri Simson has graduated from Tartu Secondary School No. 10, acquired a degree in History at the University of Tartu and a Master’s degree in Political Science from University College London.