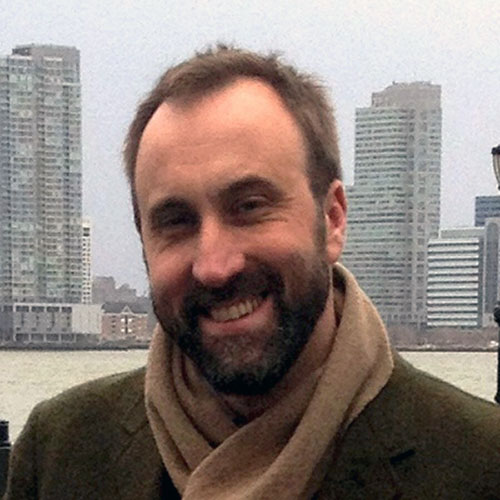 Erik Ghenoiu writes about visual urbanism and design theory in Europe and the United States from before the First World War and after the Second, and on contemporary issues of urban transformation and emerging architectural philosophy. He previously served as the Manager of the Harvard-Mellon Urban Initiative, where he coordinated urban research involving more than twenty departments and institutes across Harvard. He was Adjunct Associate Professor of Graduate Architecture and Urban Design at Pratt Institute, where he also served as Director of Publications for the School of Architecture. He has taught or been a fellow at the City College of New York, the University of Queensland, Parsons, Queens University Belfast, Harvard, Freie-Universität Berlin, Technische Universität Berlin, and the University of Wisconsin-Madison. Ghenoiu received an MA in the History of Art and Architecture and a PhD in Architecture from Harvard, a MS in Geography from the University of Wisconsin-Madison, and a BA in Geography from Clark University.