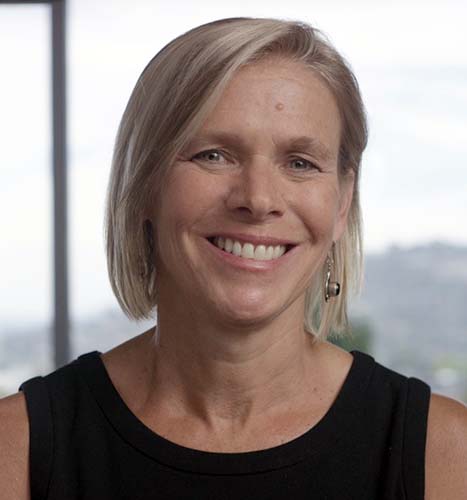 Cathy Zoi is the Chief Executive Officer (CEO) of EVgo.  Zoi is a distinguished executive with decades of experience in the clean energy, investing, and policy worlds. She is committed to working closely with automotive OEM & new mobility partners, utilities, and other industry stakeholders to deliver a first-in-class charging experience and fast-charging network for EV drivers in the United States and across the world.

Zoi has held a number of senior executive positions in the energy industry, government, academia and non-profit sectors. Most recently, she was President and co-founder of Odyssey Energy, a distributed generation software company she continues to chair. She was founding CEO of Frontier Power, a rural electrification company incubated by SunEdison. She served in the Obama Administration as Assistant Secretary and Acting Under Secretary at the Department of Energy, where she oversaw more than $30 billion in energy investments. Zoi was also the founding CEO of both the Alliance for Climate Protection, established and chaired by U.S. Vice President Al Gore; and the Sustainable Energy Development Authority, a $50m fund to commercialize clean energy technologies in Australia. In the private sector, she has been an energy investor at Silver Lake and Bayard Capital, a board member for Ice Energy, SES, and Pacific Solar, and a management consultant at ICF and Next Energy. In the early 1990s, Zoi was Chief of Staff for Environmental Policy in the Clinton White House and she pioneered the Energy Star program while at the US EPA. Cathy is also an adjunct professor and Precourt Energy Scholar at Stanford University, where she has been teaching and doing research since 2012.

Zoi has a B.S. in Geology from Duke University and an M.S. in Engineering from Dartmouth.