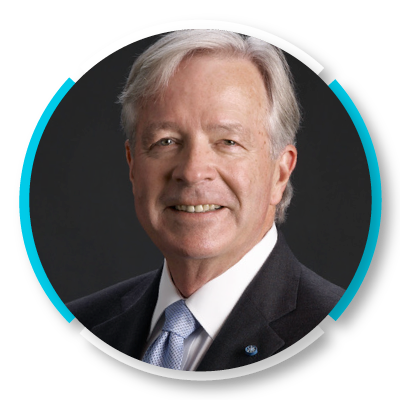 Dr. Bruce Holmes, a well-known and widely experienced senior executive and leader in aeronautics technologies, has worked more than 40 years in both industry and government. He joined Alaka’i Technologies Corporation as a member of the Board of Directors in 2018. In the 1990s during his NASA career, Dr. Holmes worked closely with senior executives of the Alaka’i team on a major NASA-industry partnership, the Advanced General Aviation Transport Experiments (AGATE) Alliance that in part inspired their present collaboration.

Dr. Holmes, who serves on boards of directors in industry and academia, also sits on advisory councils in government, including an FAA Administrator’s Advisory Committee and the U.S. National Academies Intelligence Science and Technology Experts Group for the Office of the Director for National Intelligence. He also serves as a Senior Advisor to a Washington DC-based investment banking firm, FOCUS Bankers.

In 2007, Dr. Holmes retired from public service of 33 years with the National Aeronautics and Space Administration (NASA) as a member of the federal Senior Executive Service. While at NASA, he directed a variety of technology advancement programs in civil aviation.

Dr. Holmes served in the White House Office of Science and Technology Policy during 2000 and 2001 in aviation and commercial space policy analysis. He was a founding contributor to the U.S. Joint Planning and Development Office (JPDO), leading the development of the strategies for the U.S. Next Generation Air Transportation System (NextGen).

His contributions to the creation of the emerging market for on-demand air mobility are chronicled in the books, Free Flight, by James Fallows, 2001, and The Great Eclipse, by Dennis Maxwell, 2011. Dr. Holmes holds six patents and is the author of more than 100 technical papers. He is a flight instructor, and commercial, jet- and seaplane-rated pilot of more than 50 years; Bruce is a recent recipient of the FAA Wright Brothers Master Pilot Award. He is a Fellow of the American Institute of Aeronautics and Astronautics and the Royal Aeronautical Establishment, plus the recipient of numerous industry and government awards. His academic background includes undergraduate, graduate, and Doctor of Engineering degrees from the University of Kansas and post-graduate work as a Senior Executive Fellow at Harvard in the Kennedy School of Government.