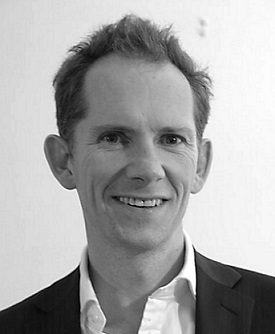 Richard was appointed Director of Energy, Technology and Innovation at the UK’s Department for Transport in August 2016. He leads on policy to move the nation’s road transport onto a more sustainable footing, and maximising the economic opportunities for the UK from the move to future mobility. He is the lead Director for the UK Government’s Future of Mobility Grand Challenge, part of the UK’s Industrial Strategy.

His teams direct and deliver UK-wide policies and programmes worth around £1bn on low and ultra-low emission vehicles, low carbon fuels, air quality, putting innovative new technology on the roads, overseeing related Government R&D expenditure and international negotiation of regulations on vehicle safety and emissions. There is a particular current focus on creating an attractive regulatory and R&D environment for connected and automated vehicle technology in the UK and on making the UK the best place in the world to do transport digitally.

Prior to this role Richard spent four years as head of the UK’s Office of Low Emissions Vehicles (OLEV), delivering Government support for the early market for ultra-low emission vehicles and overseeing a period of unprecedented growth in plug-in vehicle uptake. Richard has also held various roles in the UK Senior Civil Service including DfT’s head of Corporate Governance, leading on smart and integrated ticketing; and as Director of Regional Resilience.

Before joining the civil service he worked at Unilever and at Andersen Consulting. Richard has BA in Industrial Economics and MPhil in the economics of motor vehicle pollution from the University Of Nottingham. Richard is married with two children and lives in London. He gets around by bicycle, Nissan Leaf and campervan.